The ICAA – The New Way to Get Your CSCS Card 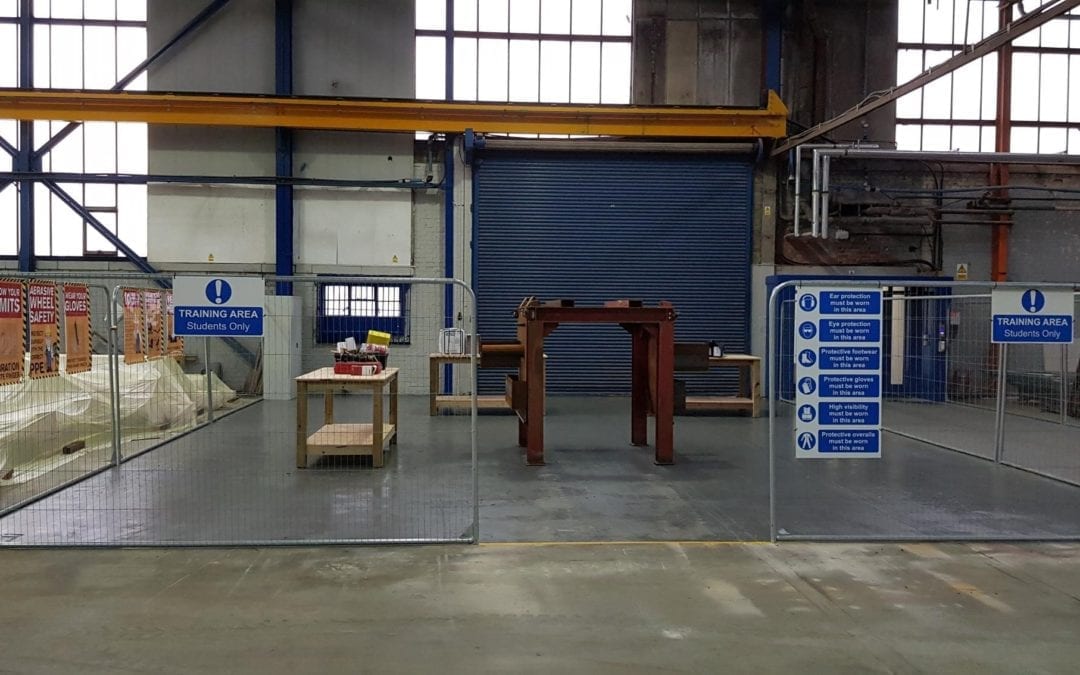 A Modern Apprenticeship in Action

The ICAA (Industrial Coatings Applicator Apprenticeship) has kicked off in style. All seven apprentices who completed the first ever industrial coatings apprenticeship now get their CSCS card. In fact, the 18-month programme proved so successful that Jack Tighe Ltd. are running a second apprenticeship programme which started in October 2019 – just two months after the first completed.

This second cohort of apprentices are on course to complete in April 2021 – and signs are that they will be equally as successful as the first cohort. A third cohort is starting in October 2020, and due to complete 18 months later. (Read more about Jack Tighe’s apprenticeship programmes here.)

We’ve spoken to senior management at John Tighe to get their views on the success of the ICAA. In this article, you’ll learn why the CSCS card is so valuable, and we look at how Jack Tighe selected its candidates and structured its apprenticeship.

(Watch the video on YouTube: ‘The process behind the first ever Industrial Coating Applicator Apprenticeship’.)

What is the CSCS card?

For anyone wanting a career in construction-related occupations, holding a CSCS card is fast becoming an industry standard. Most employers and principal contractors now require you to have one before commencing work.

With a CSCS card, you will:

There are approximately 2.5 million people who work in the construction industry in the UK. Of these, only around 1.5 million hold a CSCS card. Plus the apprentices who passed the ICAA, who now join the UK’s skilled workforce through the CSCS scheme and thanks to their apprenticeship success.

Structuring the ICAA for outstanding results

The management at Jack Tighe Ltd. had decided on an apprenticeship strategy to combat the ageing workforce in the industry and at Jack Tighe.

“We have a very mature workforce, and we need to start replacing that workforce,” said Training Manager John Whittaker. “What better way to introduce young people, while we still have that mature workforce… through the apprenticeship scheme we let our apprentices grow through the mature and experienced workforce we have – before retirement starts taking over.”

The Industrial Coatings Applicator Apprenticeship scheme gives younger people the opportunity to earn a good wage and develop a career and a long-term future. To achieve the goals of Jack Tighe and the potential for apprentices on the programme, it was important to structure it correctly.

This process started with choosing a college to partner with. The next step was selecting the apprentices. There was an interview process carried out with North Lindsey College, from which the seven apprentices were hired.

During their apprenticeship, the apprentices worked in blocks of up to six weeks. Projects included working on contracts for the MOD (Ministry of Defence), Network Rail, and hydro-electric dams for SSE. Thus, the apprentices gained a broad experience across several industries.

Their work often meant travelling, with their travel and accommodation allowances paid for by Jack Tighe. As much of their work involves travelling, the apprentices were encouraged to get driving licences, and Jack Tighe gave each who passed their driving test £200.

The benefits of running the ICAA are clear for Jack Tighe. It has allowed the company to execute a strategy toward reducing the average age of its workforce and develop skilled and qualified employees aligned to its company’s culture and vision, and with a view to creating career paths for young people.

To its initial seven apprentices, the ICAA has given not only a life-changing experience, but also a chance to access a career that they may never have had otherwise.

“To be paid a decent wage and have a career – not just a job, a career – is fantastic. Opportunity all over the country from Inverness to the Isle of Wight, Cardiff to Norwich. Even stuff abroad.

“I get very excited working on landmarks. I go home on a Friday and tell the missus that I’ve been painting Wembley. It’s a bit better than being stuck in a fish factory.

“I’m doing something that makes a difference. I can tell my mates I had been painting an aircraft carrier in Portsmouth.”

Sam Panter, Health and Safety Manager at Jack Tighe, said, “It’s been great to see a group of apprentices with a different age range given a good chance from a younger age to forge a career within our industry.

“Also, some of the older apprentices have been given a second chance to start a career. To see their journey from day one to this point now, where they are at the end of their apprenticeship journey, has been great to see.”

Successful completion of this apprenticeship gives the apprentice the opportunity to develop a career within the industry. They can become sprayers, blasters, and can specialise in related disciplines. Some may decide to advance their career by training as coating inspectors. Further along their career path, possibilities might include qualifying as passive fire protection inspectors.

From early in their career, ICAA apprentices will be able to work anywhere in the UK and overseas within the industry (perhaps even one day in the future, on the rusting Moon!).

ICAA – Helping to secure the future

Apprenticeship programmes are not the answer to all hiring and staffing problems. However, as Jack Tighe has discovered, as part of a blended employment strategy, it makes a hugely positive impact.

“I think it goes some way to securing our future, and obviously securing our particular job roles in the future,” said John Whittaker. A future they are planning to double up on, by running another ICCA programme from October 2020 – this time, for 10 apprentices.

Let’s leave the last word to one of the successful apprentices from the 2019/20 ICAA at Jack Tighe.  Interviewed by North Lindsey College, 25-year-old Jack Roddy said, “I would recommend doing this apprenticeship as you get to travel a lot and the pay is very appealing. I’m over the moon that I have now been employed by Jack Tighe.”