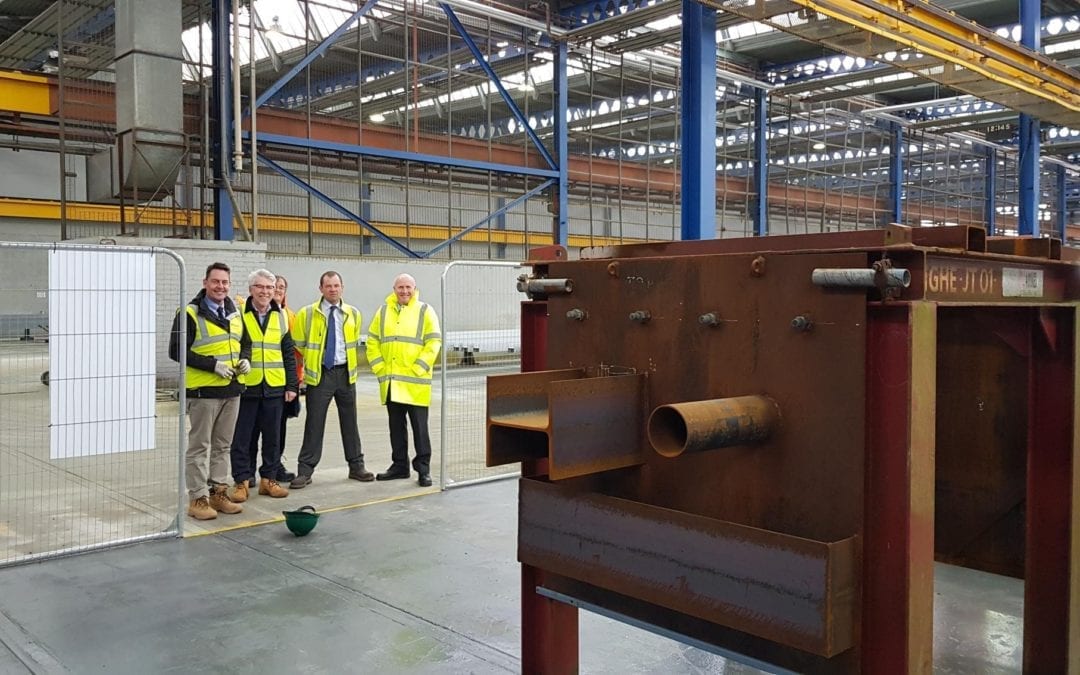 In this article, you’ll learn why Jack Tighe decided to take the apprenticeship route with the ICAA.

An apprenticeship that delivers to the needs of the employer

The industry is experiencing an increasing average age of coatings applicators, and Jack Tighe mirrors this. Concerned about the possible effects of a workforce getting nearer to retirement, the company undertook an analysis of its workforce to assess the scale of the issue.

What it found was disturbing. Almost a third of its workforce are aged between 55 and 65. With no new applicators coming through the company, and the whole industry experiencing the same issue, Jack Tighe’s forward-thinking management team could see big problems on the horizon.

Without new employees, natural employee attrition would soon leave a hole in their workforce.

“We looked at how we could fill this void for the future,” says Martin Hillyard, Chairman of the Jack Tighe Group. “We realised, though, that if we were to hire experienced employees, our new recruits would be likely to fall into the same age bracket as our existing employees,” Martin says. That wouldn’t solve the looming staffing issues.

They also determined that, without an apprenticeship programme in place, there was only one option available and that was to train new recruits through the Industrial Coating Applicator Training Scheme (ICATS).

The advantages of delivering apprenticeships

There are many benefits for employers who take on apprentices. These include:

For the apprentice, the experience and learning they receive provides a valuable and nationally recognised qualification. While learning, they are also earning.

The real benefit of employing apprentices

While all the above advantages clearly incentivise both employers to take on apprentices and employees to seek apprenticeships, for Jack Tighe there were two much bigger benefits.

“An apprenticeship programme will be a more long-term solution than hiring already qualified coatings applicators,” says Martin Hillyard. “But there’s also an additional benefit. We work with a blank canvas.”

Working with ICATS, Jack Tighe was also able to tailor its apprenticeship delivery to suit its unique needs.

“We could have an input into the type and standard of training to be delivered – which is tailored to our industry,” says Martin Hillyard.

“We’re so very proud of the first ever industrial coatings apprentices in this country,” he said. “They all passed their End Point Assessment (EPA) with distinction.” That’s some achievement.

Of course, the proof of how worthwhile the experience has been is if the provider would repeat it. In this, Martin Hillyard has no hesitation.

“Considering the success of the first and second cohorts in the Industrial Coatings Applicator Apprenticeship, we have had no hesitation in deciding to recruit another 10 apprentices to commence in October 2020.

“In addition, we’re more than happy to include any other company’s apprentices on this course.”

We’re sure that making the decision to run the first ever apprenticeship scheme for industrial coatings applicators, with the 18-month course provided in association with DN colleges and the Institute of Corrosion, was a tougher decision to make than Martin Hillyard admits.

However, this first for the industry has proved to be a runaway success. To learn more about the ICAA, send an email to the admin team at the Institute of Corrosion. In the final part of this series detailing the design, delivery, and success of the ICAA, we examine how the apprenticeship was delivered at Jack Tighe.