A Journey into the World of Corrosion Science 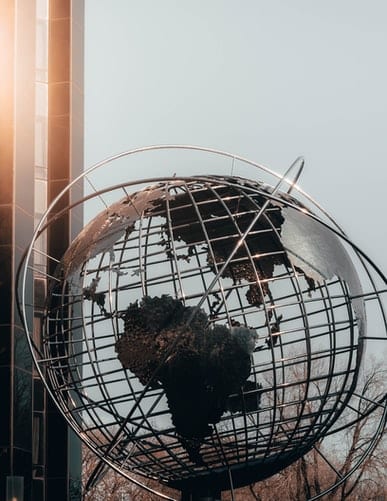 A Journey into the World of Corrosion Science

The timeline for innovation in corrosion prevention is evolving

Corrosion is a factor within all industries, and left unchecked corrosion has catastrophic effects on infrastructure and transport. With its potential to cause widespread damage across multiple economic sectors, corrosion has spawned an entire sphere of scientific study, innovation, and engineering.

Corrosion science is interdisciplinary in nature, involving organic chemistry, microbiology, electrochemistry, metallurgy, and more. However, it is also a relatively new field, dating back only a few hundred years. In this article, we take a brief look at the history of corrosion science.

Observations of corrosion in history

Throughout the centuries, we can observe actions taken against corrosion. For example, we know that the Romans covered copper utensils with a thin layer of tin to prevent corrosion.

Counterintuitively, there appears to have been little investigation into corrosion until Robert Boyle published two papers which served to introduce corrosion science in 1675. These papers – Of the Mechanical Origin of Corrosiveness and Of the Mechanical Origin of Corrosibility – detailed notes of experiments, mostly undertaken with Robert Hooke between 1654 and 1668 and beyond when Boyle moved to London.

However, despite Boyle introducing corrosion as a science, it wasn’t until the 1830s that the economic consequences of corrosion became apparent. Consequently, in 1837, the British Association for the Advancement of Science offered grants to those studying the action of water and temperature on wrought iron. It was around this time that the potential for profiting from anti-corrosive processes and coatings was first established.

Largely because of the financial potential of lengthening the life of corrosive metals, anti-corrosive inventions flowed reasonably quickly in the ensuing years. These included:

The rise of corrosion resistant alloys

As well as protecting corrosive metals, corrosion science sought to develop new corrosion-resistant alloys. This branch of corrosion science – the deliberate addition of elements to steel to enhance resistance to corrosion – was pioneered by Michael Faraday in 1819.

Faraday was inspired to find a non-corrosive alloy by the observation that meteorites did not rust. These meteorites contain 8% nickel.

However, Faraday’s main conviction was in the research of electromagnetic induction, and so he did not continue his alloy experimentations. It wasn’t until 1931, when Robert Hadfield was examining Faraday’s notes and experiments, that the scientific community realised that the steel alloy age could have started half a century earlier – if only Faraday had pursued his findings.

The timeline of corrosion-resistant alloys includes these two significant discoveries/inventions:

The electrochemical nature of corrosion is one of the most experimented and discussed aspects of corrosion science. The first record of this theory is found in a paper published by French chemist Louis Jacques Thenard in 1819. Developments after this came as follows:

The connection between corrosion and hydrometallurgical processes was first made in the late 1880s, when John Stewart MacArthur discovered the cyanidation process for leaching gold from its ores. However, it wasn’t until many decades later that the process was shown to be an electrochemical one. In 1947, P.F. Thompson demonstrated that by developing a galvanic cell on a gold particle, oxygen on the surface was reduced. This acts as a cathode, while the gold dissolving away acts as an anode. Thus, many hydrometallurgical processes are, in fact, electrochemical processes.

Acid is replaced by oxygen as a main protagonist of corrosion

It wasn’t until the early 1900s that oxygen’s status as a main protagonist of corrosion was established. Until then, it was generally held that acidic conditions were mostly responsible for corrosion of metals. This was specifically assumed in the corrosion of iron, which was assumed to only take place when carbonic acid was present.

This advance in understanding wasn’t entirely revolutionary, however. Many scientists had noted the effect that different concentrations of oxygen have on corrosion. These observations by scientists included:

Further experimentation confirmed that oxygen concentration is an important factor for corrosion scientists to consider. These included experiments by Aston in the United States in 1916, and by U.R. Evans and others in England between 1922 and 1934. U.R. Evans in particular played a key role in establishing contemporary understanding of corrosion processes and is often referred to as ‘the father of corrosion science’. An award in his name is presented annually by the Institute of Corrosion.

As corrosion science improved and developed, it was discovered that covering the anodic or cathodic parts of a metal with certain soluble substances stopped corrosion. These substances came to be called inhibitors. Polish scientist Chyzewski classified these into anodic and cathodic inhibitors.

Much of the experimentation in this area has helped to develop inhibitive paint, mechanically-excluding paints, and zinc-dust coatings. The need for different types of coatings was established by John Samuel Forest in England in 1930.

As with all branches of corrosion science, our understanding of coatings is continually evolving and this is reflected in the continuous development of coating and inspection training.

Corrosion science – a rich history with an exciting future

Like the spectrum of scientific knowledge, corrosion science continues to develop and advance. The brightest and most innovative minds will help all industries to accommodate corrosion in their long-term strategic thinking and everyday plans.

The Institute of Corrosion was specifically set up in May 1959 with the objectives to “disseminate technical information about corrosion matters and to develop by means of social activities, the free interchange of information among members.” Further, the objectives included to “progress towards the establishment and acceptance of suitable qualifications for corrosion engineers, and a promotion of standardization in the terminology and techniques of corrosion control.”

These objectives remain encapsulated in our core values today.