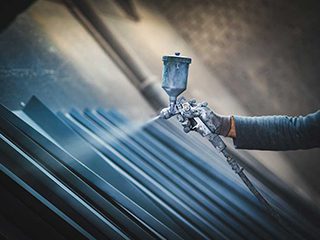 In this issue, we have three articles from experienced Fellows who have made a significant contribution to the understanding of corrosion and its prevention. The first follows on from the topic in the last issue, where Brenda Peters discusses the application of protective coatings, and what needs to be done beforehand.  Secondly, Joseph Itodo Emmanuel describes the corrosion protection of buried structures, and finally James McLaurin explains how the design of a steel structure can influence its protection, specifically from bi-metallic corrosion problems.

The institute of Corrosion is split about 50:50 between Engineers and Scientists, and across several different disciplines, the common ground is in Corrosion Prevention, and there are many overlaps within the fields of expertise.  Following on from the Fellow’s Corner column in last issue of Corrosion Management, the emphasis of this article is on paint as a means of corrosion protection.  Paints generally falls into two categories, decorative and industrial (protective), and paint manufacturers have tended to split their manufacturing and R&D, specialising in one or the other. However, decorative paint can be protective and industrial paint can be decorative. When we talk about “Industrial” or protective paints, we are usually referring to the prevention of steel from rusting. These paints are the most sophisticated technically engineered paints, but they tend to be applied by the least qualified painters. This is why the Correx ICATS (Industrial Coating Applicator Training Scheme) programme was developed to improve the quality and longevity of the finished product.  In addition, many manufacturers will run their own training schemes on how their particular product should be mixed and applied and the limitations of the ambient conditions. Paint inspectors are also employed to ensure that the paint is stored and applied correctly, and the surface preparation is to the specified standard. These paint inspectors are normally trained by ICorr or NACE or both, so what can go wrong?

When applying paint to new steel a primer coat is applied to promote adhesion and protect the surface against corrosion, however preparation of the steel prior to painting is paramount. When investigating paint failure, it is a bit “chicken and egg”, did the steel corrode and push off the paint or did the paint fail allowing the steel to corrode.

When the steel leaves the mill, it will have some level of millscale on the surface which is blue/black in colour, although this surface can look nice and smooth and suitable for painting, this millscale is however only loosely adhered to the underlying steel, and will scale off after painting.  This can often be seen on hand rails and post made from tubular steel which has not been blast cleaned.

To prepare steel for painting, several methods can be used, which depend to an extent on the end use of the material,  for example, steel can be pre-treated to inhibit rust and passivate the surface: examples of which are in hot dip galvanising, where the steel is “pickled” in acid to remove rust and millscale then immersed in a vat of molten zinc, which forms layers of zinc alloys at the interface with the steel, culminating in a layer of pure zinc on the surface, and this can be difficult to paint as it is smooth and can result in poor adhesion. It can be left to weather so that zinc oxides form on the surface resulting in roughening which provides a key for the paint to adhere to, or alternatively a variety of primers are available which etch into the surface. These include, acid etch epoxy primers and more the commonly used “T Wash”, a mordant solution originally developed by British Rail, which is a phosphoric acid solution containing alcohol and copper carbonate as an indicator. The solution reacts with the surface of the zinc and a black coloration is formed, anywhere it doesn’t react and show this colour change can indicate previous contamination on the galvanising and these areas need to be washed, degreased and retreated.

Steel can be treated with hot metal spray (Thermal Spray) as an alternative to hot dip galvanising creating an anti-corrosive layer with a profiled surface to which paint can be applied. This is normally zinc or aluminium and is often used for high temperature conditions.

Similarly, steel can be “phosphated” by dipping in a bath containing a solution of zinc in phosphoric acid forming a thin layer of zinc phosphate on the surface, and which is commonly used in the automotive industry. This can then be undercoated and a decorative finish coat applied on top. The paint can be applied electrostatically in a powder or liquid form then heat cured or applied by spray, roller or brush.

However, in the heavy duty protective coatings field, steel supplied from the factory has to be blast cleaned to remove all millscale and rust, and then primed within a short period of time to prevent flash rusting from forming on the surface. Epoxy primers are commonly used, but these need a good steel surface profile to form a key to ensure good adhesion, so the profile of the blasted steel needs to be checked before application of the paint.  As epoxies cure by chemical reaction, they will continue to cure over time until they become fully cross linked, and at this stage they become unsuitable for overcoating, so the manufacturers’ overcoating times must be adhered to enable the following coats to adequately bond with the surface of the epoxy. If the overcoating time is exceeded, these coats will eventually lose adhesion at the interface with the epoxy, and detach. Epoxies, like most protective coatings, are also sensitive to ambient conditions, they won’t normally cure if it is too cold, and if there is any condensation on the steel, or if they get wet before they cure can prevent them from curing properly. For example, with amine cured epoxies, the amine can react preferentially with moisture resulting in undercure, and if moisture gets on the surface before they
are fully cured, amine bloom can occur resulting a dull and chalky surface. Therefore, attention to temperature and dewpoint are very important. Epoxy coatings have been developed which are moisture tolerant and some can even be applied underwater and are utilised for subsea repairs.

When epoxy primers are used then these need to be finished with a decorative acrylic or polyurethane top coat as these are UV resistant – epoxies yellow with sunlight and colours fade through chalking. Acrylics retain their colour longer.  Similarly, for alkyd based systems, urethane alkyd top coats are used as these are tougher and have greater longevity.

Historically red lead primers were used, although these were phased out in the late 1960s due to toxicity and leaching they can still be found on many steel structures, and cause problems when it comes to maintenance (full containment and special disposal are necessary).  These have been replaced by zinc rich or other anticorrosive primers.

Similarly, some steel structures have existing coats of chlororubber or acrylated rubber, which have good corrosion resistance and longevity.  However, these can also pose problems during maintenance painting, as they are incompatible with solvent based coating like epoxies, and cannot be refurbished with anything else.

Whichever paint system is chosen it is advisable to use material supplied by the same manufacturer as these are developed to be compatible with each other, and if a failure should occur then there is less anomalies to be considered.  Manufacturers will offer a full paint system with primers undercoats and finish coats, for a specific end use.
Brenda Peters