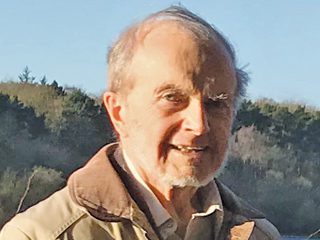 John Scully was born in Fulham (London, United Kingdom) to Anne and Christopher Scully, a nurse and carpenter, respectively. Both were of Irish Catholic descent. They encouraged John to look for opportunities further afield. After school, he joined the army for two years’ National Service, following which he was awarded a scholarship to Downing College, Cambridge. During his six years in Cambridge (1955-1961), he gained a degree in Metallurgy and a Ph.D. in corrosion, the latter mentored by Dr T P Hoar. After defending his PhD, he worked for two years at the Olin Mathieson Corporation in New Haven, Connecticut, USA. He then returned to the UK to join the academic staff of the University of Leeds as a Lecturer in Metallurgy. He spent the remainder of his life based in Leeds.

Coming from a working class background, John was the only person from his school to receive a university education. That he then went on to become a university lecturer and an internationally recognised research scientist was a huge accomplishment.

While at Cambridge, John married Celia (née Shopland), a graduate in Physics from the University of Oxford and longstanding friend. The two met in London while members of the Labour Party in Fulham, which in those days was a working class part of London. Their marriage lasted more than 60 happy years. Celia passed away
in 2019.

John’s early years were spent in Fulham during and after the Second World War. He credits the League of Youth (the youth organisation of the British Labour Party) for providing the major opportunities and encouragement for intellectual growth during his teenage years. As a teenager, he escaped from the influence of the Catholic Church into full-blooded atheism—a world view from which he never wavered. As he approached the end of his school years, he considered spending the next years of his life working for the Labour Party, instead of attending university. An influential older mentor at the League of Youth insisted that a person of John’s talents must attend university. Fortunately, John followed that advice. He remained a member of the Labour Party all his life.

John’s field of expertise in corrosion gained him global recognition. His work on corrosion is familiar to generations of metallurgists and corrosion technologists worldwide, thanks to his exceptional research efforts and supervisory role educating many undergraduate and postgraduate students. His scientific contributions have been captured by numerous technical articles and educational books, including The Fundamentals of Corrosion, The Theory of Stress Corrosion Cracking and Corrosion: Aqueous Processes and Passive Films. His publications are highly cited, influential as educational texts and still used by many practicing corrosion engineers. He was appointed Editor in Chief of Corrosion Science Journal, a leading publication of the field. He held this role successfully and effectively for many years.
In 1989, John Scully was presented with the U.R. Evans Award from the UK Institute of Corrosion – the pinnacle of accolades in corrosion, made for outstanding international achievements in pure or applied corrosion science, and for service to the corrosion community worldwide.

John had a lifelong devotion to literature, which began early in his life and flourished throughout his later years. He also had an avid lifelong interest in theatre and opera. After retiring from academic life in 2001, John turned his talent to writing. He wrote an autobiographical memoir, “Memories from Fulham”, and several novels, which were published privately. The memoir evokes his youth in Fulham and the influences that shaped his world view. Reflecting on his time in Fulham, he said: “you can take a boy out of Fulham but you cannot take Fulham out of a boy”. The book reflects his passionate belief in democracy, social change and the potential of politics to improve people’s lives.

John’s easy manner and love of life endeared him to the whole of his academic family, one of which was myself during the 1970s. He was an exceptional person, kind, considerate, always generous with his time and very willing to respond to anyone who asked. His hospitable nature went a long way as he and Celia entertained his PhD students who came from far afield, to summer garden parties with croquet and Christmas dinners at their beautiful house in Bramhope near Leeds.
He will be truly missed by all who knew him and also by the broader community for his technical knowledge that in some areas was unique.

I would like to thank John’s sons, Christopher and Ralph, who have helped me with some of the details of John’s life described here.

We all remember him fondly.
Bijan Kermani