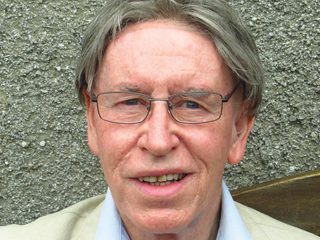 The European Federation of Corrosion has made an Honorary Fellow Award to Dr Douglas Mills, well known to members of ICorr (he was Technical Secretary 1999-2017).

The EFC jury recognised his outstanding accomplishment in the field of interpretation of electrochemical response of coatings on metals using techniques such as Electrochemical Impedance Spectroscopy (EIS) and particularly Electrochemical Noise (EN). He has also had a positive and long-term devotion to the EFC, with active involvement in a wide range of EFC Working Parties, in particular WP 14 (Coatings), but also WP 8 (Physico-chemical Methods of Corrosion Testing), WP 21 (Corrosion of Archaeological and Historical Artefacts), WP 1 (Corrosion & Scale Inhibition) and WP 11 (Corrosion of Steel in Concrete). He has submitted papers to all of these working party sessions at EUROCORR at various times. He has also attended and presented papers at most of AETOC (Advances in electrochemical techniques for organic Coatings) workshops /conferences that arose from the EFC coatings working party. He has supported EFC activities by being Editor of the EFC Newsletter from 2016 to 2022, and by providing regular scientific EUROCORR reports in the Corrosion Engineering Science and Technology journal.

This award is a nice recognition of Douglas Mills’s contribution, not only to the EFC, but more generally to corrosion science and technology. He will receive it in person at the opening ceremony of EUROCORR 2022 which will be held in Berlin on August 29th.