The branch’s February technical meeting was held online, to a large audience including many international attendees, and Mr. Phil Low, presented on “Diversified Approach to Vapor Corrosion Inhibitors (VCIs).” 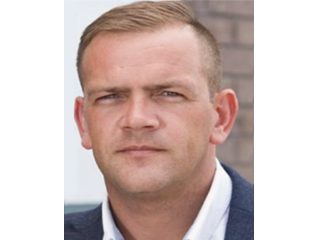 Phil (pictured above) started his presentation by explaining that VCIs are a variety of chemical formulations which prevent corrosion of metals. First patented in 1948 by Shell, VCI’s have evolved into many applications, from powder and liquid forms, to being infused in plastic, oils and greases, and many other delivery methods. He showed a brief animation illustrating how VCIs work and then described the standards and regulations for VCI Use, including:

Phil then reviewed the many storage tank foundation designs compatible with the use of VCIs for corrosion protection of the tank bottoms, and went into the details of the various methods for validating the effectiveness of VCIs in the field, such as:
• Coupons
• Electrical Resistance Probes
• Ultrasonic Thickness Probes
• Inhibitor Delivery
• Gas Detection

The many VCI application uses in the Oil & Gas industry, were described, including corrosion protection of metals in static, enclosed environments such as:
• Beneath Tank Floors
• ZIF Tape (Impregnated with VCIs) for corrosion under insulation (CUI), scab repairs, and flange protection
• Preservation/Warehousing/Mothballing
• Pipeline Protection and Preservation
• Pipe Casings
• Rust removal/waxes/greases/RP’

There was an extensive question and answer session, and Phil was thanked for his presentation.

The branch AGM was held on 10th March, and the chair, Ben Moorhouse described that the last year had been difficult for everyone, and that the technical presentations had been held virtually, however as the country was getting back to a more normal state, in-person meetings were now being held, of which this will the first. As the virtual meetings had been appreciated by many who could not get to London easily, or were based abroad, technical presentations going forward would be hybrid, in person/virtual events. The branch treasurer, Jim Glynn, then presented the accounts, which highlight that approx £6,500 of our allocation had been returned to head office, as there had been few physical meetings. These were accepted by the floor. The branch committee was then elected with no objection, and Ben then welcomed the new members, Polina Zabelina (who will take over the role of chair), Adam Cliff, Xinming Hu, and Anthony Setiade, and thanked the retiring members, Trevor Osborne and Peter Sinclair, for their contributions to the working of the branch. He also explained he was leaving due to a new work posting.

After the AGM, Ben then gave the usual chair’s presentation, which was on the “Flint Water Crisis – Corrosion, Management and Politics”. The town of Flint in Michigan, suffered one of the worst water crisis in the United States of America in 2014, when the tap water supply began to be poisoned with corrosion products and other toxins. Hundreds of thousands of Flint residents were exposed to dangerous levels of lead and outbreaks of Legionnaires disease that caused deaths and many long-term health problems. This talk focused on the decisions that led to this outcome, the corrosion engineering around ensuring safe water sources, and the importance of ensuring a greater understanding of corrosion issues in relation to environmental issues. Approx. 30 people attended this very interesting talk, including members from S. Africa, Canada, and the Middle East online. Ben was then presented with a branch pen in thanks for his presentation by the incoming chair, Polina. 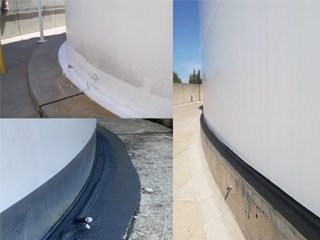 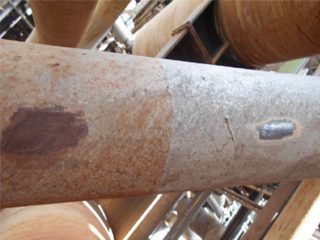 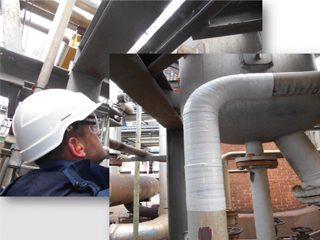