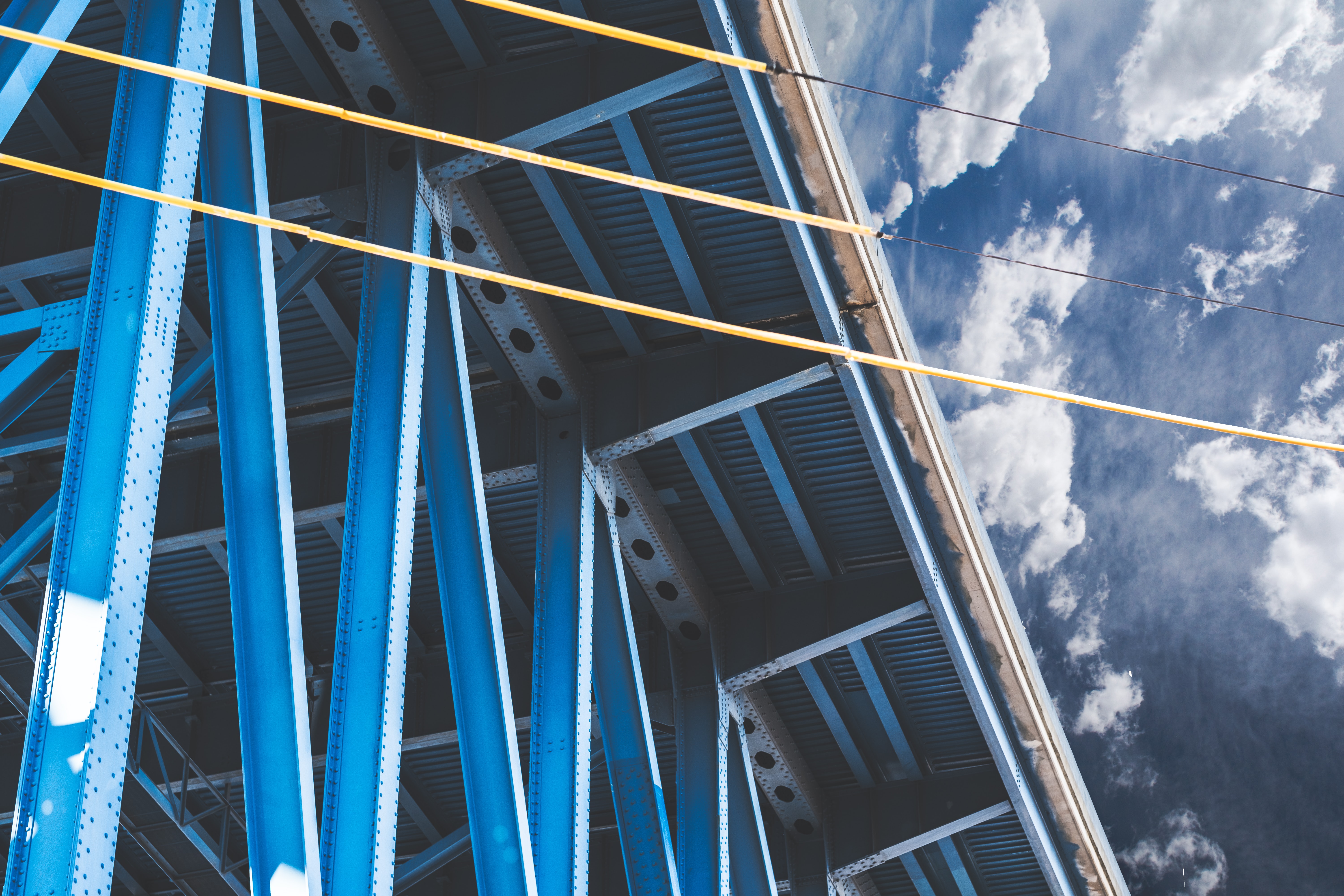 The November technical talk will be on “Lessons Learned from 40 years in Corrosion Protection”, by Alex Garner, Corrosion Services Ltd. This is planned to be held on the 11th at the Lancaster House Hotel, Bayswater, London, with the meeting starting at 18.00.

The presentation will focus will be on the highs, with brief mentions of the lows, of a 40-year career in corrosion protection, including CP, material selection, coatings and insulation, for a wide variety of onshore and offshore facilities. The journey will start in 1980 and cover technical and social challenges in office and site -based work in Europe, Middle East, Asia, Canada, South America, and Australia. as well as the corrosion protection peers encountered over the years, many of which are now friends. The anecdotal guidance delivered in the presentation will highlight the pleasures and technical excellence that can be achieved in this industry and hopefully will not scare too many people away from it. 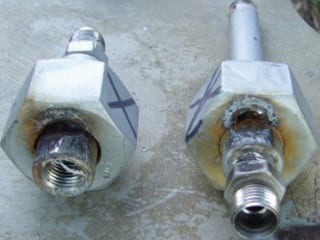 The second technical presentation of 2021 was held on 11th February and featured a talk by Jay Warner, from Dairyland Electrical, who discussed, DC Decouplers – Why Are They Needed? and Improving Speed and Accuracy of CIPS Measurements with PCRX Decouplers.

Pipelines and storage tanks are commonly bonded to electrical earthing systems to reduce the effects of unwanted AC voltage and lightning hits on the structure. For example, AC mitigation systems provide a path to earth to reduce induced AC from nearby high voltage AC power lines as well as protecting against AC faults and lightning. Also, electrical equipment connected to the structure must be electrically earthed to meet electrical code safety requirements. Each of these connections to earth provides a path for cathodic protection (CP) current to flow from the anode bed back to the rectifier. Thus, in addition to protecting the structure, the CP system protects the earthing system and everything else to which it is electrically bonded. Protecting a bare metal earthing system requires much more current than protecting a coated pipeline and in many such cases CP systems are not able to maintain adequate potentials for corrosion control. The solution is to install DC decouplers in series with the bonding connections between the cathodically-protected structure and the earthing systems. Decouplers are designed to block CP current while allowing steady state AC, AC faults, and lightning current to pass freely. This allows the CP system to focus on protecting just the pipe, as it was designed to do, while the pipe remains safely earthed. The presentation included a brief description of solid-state DC decoupler devices and their operation and reviewed the common applications for decouplers used in conjunction with CP systems. 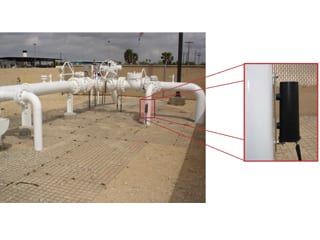 Jay also described some of the challenges often encountered with obtaining accurate CP potentials on protected structures during interrupted surveys. Capacitors, which are essential components of decouplers used with AC mitigation systems, can in some situations influence instant-off measurements and lead the operator toward incorrect conclusions. The influence of decoupler capacitance on instant-off measurement response was explained and several field installation examples were presented in which PCRX camouflage technology was used to overcome the capacitive effects during interrupted surveys.

After many interesting questions from the audience, the chair thanked Jay for his informative talk. 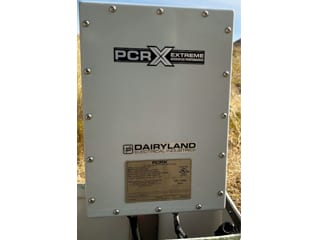 The branch AGM was held prior to the March meeting which by tradition was the President’s talk. At the AGM, the branch chair, Ben Moorhouse discussed the performance of the branch over the past year, and said that although the pandemic had prevented the in-person evening meeting from taking place, the branch had successfully moved its technical presentations to online events. This was deemed very successful, as it allowed the branch to have internationally-based speakers, and also attendees from outside the UK. It was hoped to resume the normal meetings at the Lancaster Hall hotel for the 2021/2022, as networking was an important part of the branch activity. The possibility of also steaming the presentations online, so that interested non-UK members could join in was being explored. The treasurer reported that costs since April last year had been virtually zero, and that for the branch financial year 2019/2020, approximately £6500 (which included a surplus of £3,100 from the 2019 Christmas lunch was refunded to head office. The secretary reported that we had gained to supporting company members. The meeting finished with the chair proposing the branch committee (which was unchanged) for this year, and this was agreed by the members present.

Bill Hedges then delivered his President’s talk on the developments within the Institute and plans for the future. He described the history and the workings of the Institute, its governance structure and its membership prolife, including the types of individual and company membership and introduced the new Corporate membership class, which is being trialled by BP. There are currently about 1,650 individual members which has been increasing over the last 3 years, 26 Gold sustaining company and 102 other sustaining member companies. There is a drive to recruit and retain members, and Bill highlighted the benefits to be gained from being a member, including networking, career development, reputation and collaboration and financial benefits, and explored these features in detail. He then moved on to the areas of current activity, digital modernisation with increased social media presence, improvements to the website, increased and improved training programmes and our global partnerships, and again explored these topics in detail. Bill then explained the external drivers which were affecting our industry, and of course our members, and finished with a request for members to become more involved. 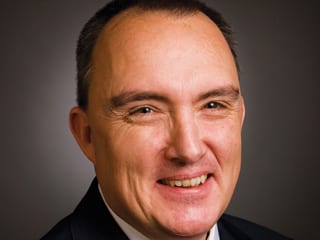 This presentation was well received by the 65 attendees.

Both these presentations have been uploaded to the ICorr website, and can be viewed at https://www.icorr.org/london/

Full details of future branch events can be found on the diary page of the magazine, and on the ICorr website. 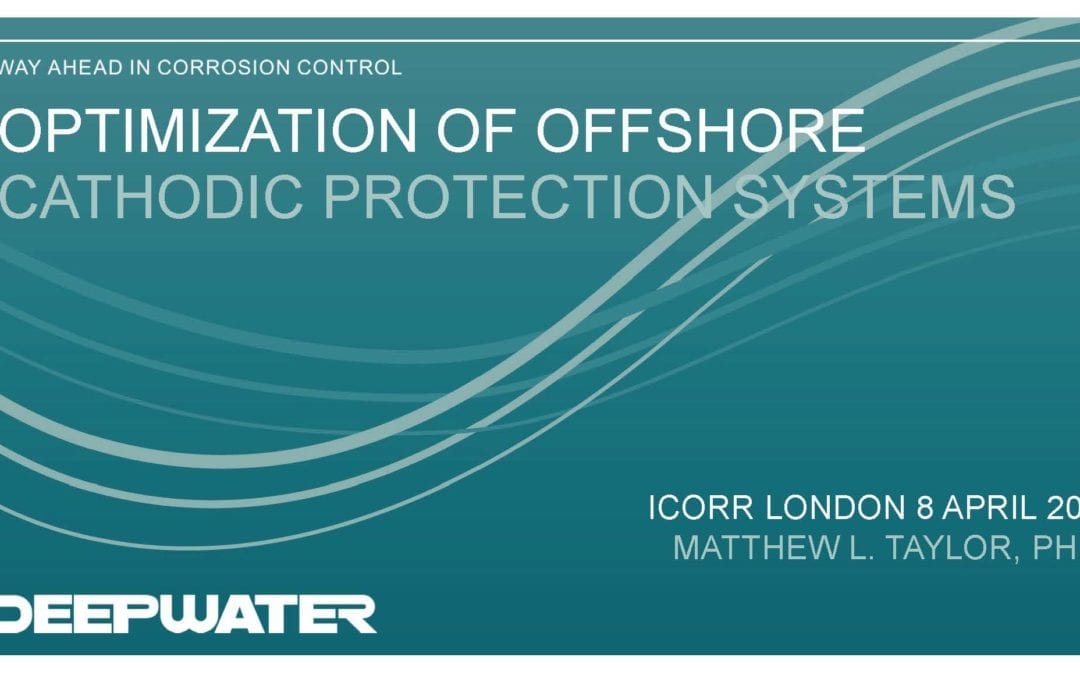 Choosing anode sled locations is a critical step in the ICCP retrofit design process. Typically, a CP engineer locates sleds based on site plans, experience, intuition, and some simple equations evaluating “remoteness” criteria.
3D CP Multiphysics software (both BE and FE) models have been used to evaluate the performance of a given CP design. These models, typically proprietary in construction and calibrated by historical structure polarization data give general indications of system performance, often ignoring the effects of ICCP on associated pipelines. Any attempted optimization procedure involves “guess and check” techniques, with no method of validating the results.
Pipeline CP measurements made during and after ICCP system commissioning has revealed that pipelines were more affected than previously believed given the “remoteness” criteria traditionally used.
This talk describes algorithms and analysis to optimize the placement, quantity and output of anode sleds to improve system efficiency, minimize risk to pipelines and reduce cost.

Below is the recording from the London Branch meeting from the 11 March with The President, Dr. Bill Hedges.

The first technical presentation of 2021 was held on 7th January, and featured an on-line talk by Dr Jeff Rogozinski of Sherwin-Williams, who discussed an advanced FBE (fusion bonded epoxy) technology called Moisture Resistant Overcoat (MRO). Jeffrey has over 29 years of coatings experience and is a Global Product Director in Sherwin Williams Protective & Marine Coatings division. He has been with Sherwin Williams for 10 years and held previous positions in protective coatings and powder coatings, resin and additive development for coatings science with an emphasis on polymer synthesis and structure-property characterisation, as well as multiple academic positions.

More than 50 members, from around the UK and further afield (including one from South Africa) heard a very interesting talk from an expert in pipeline coatings. Jeff explained that this new concept is quickly gaining traction with end users all over the world. It combines the protective properties of a traditional, approximately 40-year old technology designed for pipelines operating at high temperatures, with an advanced abrasion resistant coating, ARO (abrasion resistant overcoat) with enhanced barrier properties coupled with flexibility characteristics typically associated with a single layer FBE system. Jeff fully described the properties of the new technology, application characteristics, and performance with emphasis on resistance to damage and more. Demonstrations of field testing these properties were also shown.

As there was a high presence of pipeline protection experts within the audience, there was a very interactive Q&A session. The chair thanked Jeff for his interesting presentation and for standing in at short notice.

It is intended to publish a detailed article on this technology in a future issue of Corrosion Management.

The presentation has been uploaded to the Institute website and can be accessed at https://www.icorr.org/moisture-resistant-overcoats-advances-in-damage-tolerance-and-barrier-properties-7-jan/

The March meeting will be the branch AGM and the “Presidents” talk. Full details of future branch events can be found on the diary page of the magazine, and on the Institute website.

On the 11 February 2021 London Branch had a virtual event. This talk presented the basic function of solid-state DC decouplers used in conjunction with cathodic protection (CP) systems and their common pipeline applications, including AC Mitigation and isolation joint protection.