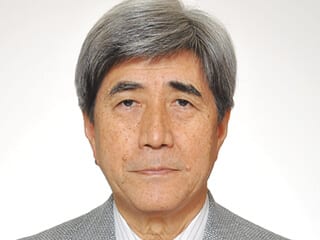 As previously announced, this will be held on 26th-28th August 2019, as part of Electrochem 2019 at the University of Strathclyde, organised jointly with the Universities of Strathclyde (Prof. Sudipta Roy) and Glasgow (Dr Mark Symes).
Professor Tetsuo Shoji will receive the UR Evans award 2019 at this Symposium for his outstanding contributions in the broad aspects of corrosion science and engineering. His research field covers the Physics and Chemistry of Fracture, combining mechanics and chemistry that is necessary for the analysis of materials degradation and fracture mechanisms, as an extension of material strength and fracture mechanics. For example, one of the factors degrading the safety and reliability in structures and components is crack initiation and propagation under the influence of chemical environments, and its mechanistic understanding is of extreme importance. His work has been key in the development of better instrumentation and analysis, particularly in the :
n Development of a recrystallization-etch technique and a unique evaluation procedure for crack tip intense strain region, by which ductile fracture could be quantitatively analysed.
n The unique formulation of stress corrosion crack growth rate, based on a mechanistic understanding of crack growth under a mechano-chemical reaction at a crack tip. Thereby the first to establish a predictive capability of growth rate of stress corrosion cracking, taking into account both crack tip mechanics and chemistry, and;
n Establishment of a predictive model and a capable procedure for aging degradation evaluation of plant components in energy conversion systems such as fossil and nuclear power plants and plant life time prediction and management.
Also from his varied original work, he contributed to the setting up the Centre of Excellence for Physics and Chemistry of Fracture, focusing on mechano-chemical phenomena and its relevance to failure in the field of operating plants. He is one of the pioneering leaders in this research field and has published more than 500 journal papers covering atomic scale simulation of oxidation, hydrogen accelerated oxidation, mechanism-based alloy design, electrochemical materials characterization, mechanistic study of oxidation, non-destructive testing and evaluation and fracture mechanics and failure analysis.
Tetsuo Shoji served as a Professor of Tohoku University from 1986 until March 2018. He was honoured as a Professor Emeritus of Tohoku University in 2015. Currently, he is continuing his research work as a Senior Research Fellow of New Industry Creation Hatchery Center (NICHe) of Tohoku University. He is also a Distinguished Professor of the National Centre for Materials Service Safety, University of Science and Technology Beijing, USTB in China since 2013, and High -level Foreign Professor of Institute of Disaster Management and Reconstruction of Sichuan University since 2018.
Prof Shoji was a postdoctoral fellow working for Professor R.N. Parkins at the University of Newcastle upon Tyne, and a Visiting Professor at Massachusetts Institute of Technology. He was the principal investigator of various national and international programmes, such as the Centre of Excellence Programme on Physics and Chemistry of Fracture and Failure Prevention, the Co-Director both of CNRS LIA ELyT laboratory and the international Joint Laboratory of Tohoku University and USTB, and international cooperative research programme of PEACE and POLIM, working on mechanics and mechanisms of Environmentally Assisted Degradation such as SCC and Environmental Fatigue. He has received 20 national and nine international awards, including the NACE W.R. Whitney Award in 1998, the Lee Hsun Award in 2006, Chinese Academy of Science and the Great Medal from CEFRACOR, France in 2016. He was appointed by the Prime Minister as a Council Member of Science Council of Japan in 2011 for seven years and was elected as a Member of Science Council of Japan in 2018 for six years and also elected as a member of the Japan Engineering Academy.