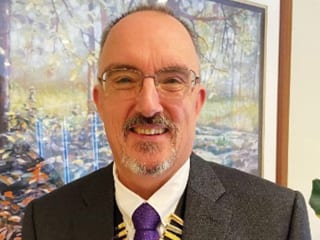 The Annual General Meeting of the Institute of Corrosion, was held virtually on 19th November 2020. This was preceded by presentations from the 2020 recipients of the Institute’s premier awards, Prof. Carmen Andrade (Paul McIntyre Award) and Prof. Robert Cottis (U.R. Evans Award).

Bob Cottis gave a talk about hydrogen induced cracking in high strength steels, which was recorded and will be available in the Members area of the website. Due to a technical glitch Carmen Andrade’s talk was not recorded, but a version was previously published in the July/August 2020 issue of Corrosion Management.

In his last speech as President, Gareth Hinds reported on the many events that had happened during his 2 years as ICorr President, including the opening of the Institute’s new home in St Peter’s Gardens, the new branding of the Institute’s logo, and the development of new courses to expand the knowledge of corrosion. The challenges of COVID-19 have resulted in many events being held on line and this has allowed people to attend workshops, seminars and the AGM from all around the world. Gareth thanked all the people who had helped him to make his Presidency run smoothly, especially the Trustees, Office staff and Council members.

The Honorary Treasurer, Tony Collins reported that the Institute was in good financial shape, despite the difficulties of running courses in the current climate. Gareth thanked Tony for his ongoing excellent management of the Institute’s finances. 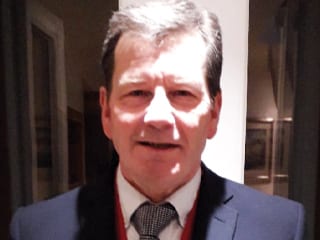 Sarah Vasey, who was the previous Immediate Past President has been co-opted onto Council and it was proposed to include the Chair of Correx, which is occupied by an ICorr member in an unpaid capacity. The nominees were unanimously accepted by the ICorr members present. A full list of the Trustees and Council members can be found at, https://www.icorr.org/icorr-structure/

The Articles and Memorandum of Association of the Institute had been thoroughly reviewed, modernised and brought into line with current ICorr practice. These had been available for viewing on the ICorr website prior to the AGM. The revised versions were unanimously accepted by the AGM attendees.

The final item of business was the awarding of an Honorary Life Fellowship of the Institute to Trevor Osborne for his outstanding contribution to ICorr. In addition to his other work for ICorr, Trevor had personally organised and supervised the refurbishment of Corrosion House, without any remuneration and the Trustees and Council wanted to acknowledge his altruistic work.