Corrosion Engineering as a Profession! 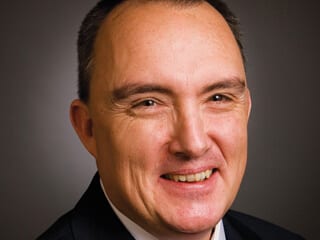 In a new occasional series about our industry leaders, Corrosion Management (CM) interviewed Bill Hedges, who has worked in corrosion and integrity management for over 30 years, and was recently promoted into the role of Chief Engineer for the Materials Group at BP. We asked him to describe his career path, and to reflect on the future of the corrosion industry.
CM: Bill, can you tell us about how you came to be a corrosion professional?
Bill: I don’t think anyone grows up wanting to be a corrosion engineer! I was born in the early 1960’s and grew up with the exploration of space and always wanted to be an astronaut. This led to an interest in science at an early age and in particular chemistry which I still love. So, while I could only pretend to be an astronaut I was able to do early experiments with the chemistry sets of the day – which I don’t think could be sold anymore for safety reasons. I had several near misses and my mother could never part with the coffee table covered in scorch marks from an early magnesium burning adventure.
My love of chemistry was encouraged by my school teachers to whom I am very grateful as well as my friends who stuck with me despite being a chemistry nerd. I went on to study Chemistry at Southampton University and in my 3rd year I discovered Electrochemistry which I really enjoyed, and chose to do my final year project in this area. This introduced me to Prof. Derek Pletcher who I admire greatly, and he remains a good friend. He was very supportive in my early career and encouraged me to do a Ph.D. project with him studying rechargeable lithium batteries, which was great fun. So far, no mention of the “corrosion” word and although I never thought of it at the time, I came to realise that a battery is simply a controlled corrosion reaction (apologies battery chemists). I went on to Oxford University as a post-doctoral student for a year to work on a transcutaneous sensor to measure dissolved carbon dioxide (CO2) in human blood using a conductivity approach – more on CO2 later!
CM: When did you transition from University to Industry?
Bill: My first industry job was with a packaging company, Metal Box, as a Corrosion Scientist studying the corrosion effects of a range of substances on tin and aluminium cans. It was lots of fun, doing experiments in food products, beers, wine, household cleaners etc. which gave me a good understanding of corrosion testing methods and introduced me to my lifelong interest in corrosion.
I then joined Exxon Chemical (later known as Nalco Exxon and now Nalco) in Abingdon and then Fawley, UK, in their oil field chemistry group also as a corrosion scientist – although this is where the blurring between scientist and engineer began. The focus was on understanding internal corrosion in oil and gas (O&G) systems and developing corrosion inhibitors to control corrosion. This is where my earlier work on CO2 became very useful as CO2 is the primary cause of internal corrosion in the O&G upstream industry. It was also where I first became a Team Leader which relates to another key passion of mine – working with, and developing people. It was a fantastic role which allowed me to travel to many interesting parts of the world and gave me my first overseas assignment for 2 years in Houston, Texas, USA, as the worldwide group leader for corrosion technology.

CM: Ultimately you stuck with O&G, can you tell us about your career with BP?

Bill: In 1997, I joined BP as a corrosion engineer and found myself in a team led by Don Harrop, a highly respected engineer, who has since become a good friend and mentor to me. My first role was to run the corrosion laboratory which is where we did our work on helping to understand the role of acetate ions on CO2 corrosion rates. We also developed a CO2 corrosion rate prediction model known as Cassandra which we provided to the industry.

After 3 years, I moved to their operation in Trinidad and Tobago, initially as a corrosion engineer. There I was promoted to the role of Integrity Manager which allowed me to expand my experience to include corrosion, inspection and production chemistry, disciplines.

After 5 years in the tropics, I was given the opportunity to move to Alaska also as the Integrity Manager for a much larger team and business. This gave me an experience I learnt greatly from, because shortly after I arrived we had a corrosion leak that resulted in an oil spill covering two acres on the Tundra. Living and working through this incident and its impact, whilst dealing with lawyers, consultants, politicians, regulators and the media was life changing and, in the end, very rewarding.

In 2012, I returned to the UK to become the Corrosion Authority for BP’s upstream business, and in 2018 I became the Chief Engineer for the Materials Group which is comprised of the Corrosion, Materials, Welding, Inspection, Production chemistry, Pipelines, Risers and Subsea teams. So, although I now work in the broader area of Integrity Management I still maintain a strong connection with corrosion.
CM: Do you have any specific career advice or learnings to share?

Bill: Yes. Career tip #1 – If anyone offers you a paid job as a corrosion engineer on a Caribbean island – take it!

Career tip #2: If all the above sounds like I’ve been very fortunate you would be right. However, it omits the numerous job applications I was rejected for and the frustrations that it brings. So, if you are passionate about what you do but cannot seem to find the right career path my advice is to keep working hard, persevere and look for alternative pathways. It is my experience that opportunities usually appear – although not always at the most convenient time!

I have continued to try and learn and broaden my experiences and have been privileged to be recognised for my work with several accreditations and honours, FRSC, C.Chem., C.Sci., FNACE, FICorr. and C.Eng. I love to work with, and encourage younger engineers, as well as the broader corrosion community, and I am a strong supporter of both the ICorr and NACE student / Young Engineer Programmes. I’m also a strong advocate for getting more women into our industry and have supported the NACE “Women in Corrosion” initiatives.

So, what have I learned? Firstly, corrosion is a brilliant, fun and rewarding role. We don’t often think about it, but it is also a very responsible role, keeping people and the environment safe. As a colleague and good friend once said to me “corrosion is not simple” – it’s a complicated, multi-disciplinary subject where it’s rare for one person to have all the answers, which means team work is essential. As Corrosion Engineers we have made many advances, and it’s my belief that we do a great service to the industry in general, and the communities we work in.

CM: What are your thoughts about the future as a corrosion professional?

Bill: I think the future is very exciting. I believe we will see more automation with sensors, robots, drones and crawlers collecting key data for us, which also reduces the risk to people. It will be impossible for a single engineer to analyse all the data, so the use of data analytics and artificial intelligence will become critical to convert it into useful information that can help us control corrosion more efficiently than today. Don’t be frightened by this – we will always need corrosion engineers – we’ll just be using new skills to complement what we already have. Finally, I believe materials are an important part of our future, non-corrosive (if there is such a thing!), light-weight materials that can be used where appropriate.

I’m looking forward to it.
CM: Thank you Bill, so are we!