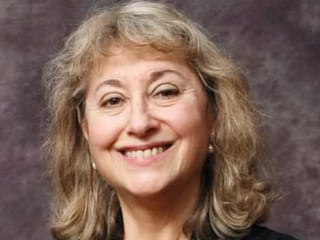 Working Day, Wednesday 29 April 2020
This one-day meeting was the latest in a series of working days held by the Corrosion Engineering Division. This year’s meeting had the theme of ‘Corrosion Control in Transport and Infrastructure’. Originally, it was planned that the meeting would be held at the fascinating conference venue at the National Railway Museum, York. However, due to the coronavirus lockdown, it was no longer possible to go ahead with a physical meeting and so the division held the meeting on-line using the Zoom platform (set up by the Institute), for the first ever on-line Institute of Corrosion symposium. The meeting was joined by ~60 corrosion engineers from around the world who had pre-registered for the meeting, including from India and New Zealand, despite the time zone differences. Nick Smart (Jacobs) chaired the meeting, which followed the published agenda and timetable. After the technical talks, the meeting divided into individual CED working groups, using the Zoom breakout room facility.

The first talk was given by Phillip Watkinson (Corrocoat) who presented ‘Fascinating Uses of Heavy Duty Glassflake Coatings in Transport Applications’. Phillip described the technical background to glass flake coatings and how they have developed over the years, initially from crude trowel- or brush-applied coatings, using predominantly polyester resins, through to spray-applied coatings using epoxy formulations, that can now be easily sprayed internally on pipes with diameters ranging from 50 mm to over 1 metre. Modern coatings can also be applied using an aerosol method. The methods for producing glass flake have evolved so that now it is possible to have close control over the thickness of the flake used (±1 µm) and to minimise the curvature in the glass flakes. Phillip highlighted the many desirable properties of glass flake coatings and illustrated their application in various industries, including their use on train axles, train air brakes, dip tanks for applying coatings to car bodies and a propeller shaft.

Chris Atkins (Mott MacDonald), presented the second talk entitled ‘Innovations in Preserving Transport Infrastructure’. This presentation focused on the ‘embodied energy’ concept of building materials, which can be applied when considering the amount of energy that is consumed in producing a range of building materials. It is important to take account of this factor in relation to achieving Net Zero carbon emissions by mid-century. By applying the ISO definitions of environmental conditions (ISO 9223) and the decrease in corrosion rate with time (ISO 9224), the approach taken is to evaluate the energy lost in allowing corrosion to take place for steel or galvanised steel, with coatings reapplied every 15 years over the life of a structure. By analysing the predicted energy consumption involved, it is possible to determine the relative energy efficiencies of various coating strategies, such as galvanising, depending on the corrosivity of the environment, the energy consumed in producing the initial material, and the availability of recycling facilities.

Steve Paterson (Arbeadie Consultants, 2019 Paul McIntyre award winner) presented the third talk on ‘Managing Corrosion in Ageing Offshore Infrastructures’. This talk summarised the background to the operation of existing North Sea offshore facilities beyond their original design life, with some structures predicted to be operating for 45 years or more. This can be compared with the operation of the Forth Rail bridge which was originally opened in 1890 and it still going strong because of ongoing maintenance regimes. The various considerations for extending the lifetimes of offshore installations were reviewed and the current guidance available from the Energy Institute was highlighted. Steve summarised the various ageing mechanisms that need to be considered in assessing future lifetimes and the following mechanisms were recognised as key current primary threats to facilities/pipelines: fabric degradation – external corrosion, corrosion under insulation, microbial corrosion, sand erosion and preferential weld corrosion. These corrosion issues were illustrated with a number of examples taken from field operations, followed by a discussion of future challenges, not least of which is the possible closure of facilities due to the current Covid-19 pandemic and the retention of the necessary technical skills within the workforce.

Turning from the oil and gas industry to the nuclear industry, Cliff Harris and Clive Harrison (both Jacobs) presented a talk entitled ‘Corrosion Monitoring of Dry Fuel Storage Containers in Nuclear Facilities’, which focused on the corrosion aspects of dry storage of spent nuclear fuel removed from the Pressurised Water Reactor (PWR) at Sizewell. Spent nuclear fuel is moved from initial wet storage in ponds at the power station and placed into purpose-built dry storage facilities, because there is currently no geological disposal facility (GDF) available within the UK. The fuel is placed into a stainless steel multi-purpose canister (MPC), which is filled with inert gas, welded shut and then placed into a steel and concrete overpack. This system provides passive cooling through the use of convective air flow induced by the high operating temperature of the MPC, and has a planned storage life of up to 100 years. Corrosion studies have focussed on the possibility of atmospherically induced stress corrosion cracking due to the deposition of deliquescent sea salt particles. A corrosion evaluation test programme has involved the use of environmental monitoring combined with the construction of a full-size, fully monitored, MPC corrosion simulator, backed up by laboratory test programmes of SCC susceptibility under a range of test conditions and a study of the deliquescence properties of various deposited salt analogues.

Before the lunch break, Gareth Hinds (ICorr president) gave a ‘virtual’ presentation of the 2020 Paul McIntyre Award to Professor Carmen Andrade, who was located in Madrid, Spain (see report below), highlighting her many achievements in the field of applied corrosion science and corrosion engineering. Following the presentation, Professor Andrade gave a brief illustrated summary of her activities during her career and expressed how honoured she felt to receive the award.

The final talk of the day was given by Pablo Merino (CLH Pipeline Systems) entitled ‘A New CP Approach on Non-Isolated and Aged Pipelines: A Case Study’. The talk was concerned with the corrosion protection of the very large pipeline systems, extending for 10s of km, that support the UK infrastructure, for example for distributing aviation fuel. The presentation covered a review of the various options for manging an oversaturated CP system, which used an impressed current cathodic protection system. Inspections had shown that the pipeline was not achieving the require BS EN 12954 criteria, and that the coating was deficient in a number of areas. The remediation options considered included electrical isolation, coating rehabilitation, upgrading the CP system, and changing the CP criteria to a less restrictive one. The last of these was the only feasible one, backed up by the use of an external corrosion monitoring system, based on an electrical resistance corrosion rate measurement technique.

The final talk was followed by a set of parallel working group meetings for all the CED working groups, namely nuclear, coatings, oil and gas, cathodic protection and corrosion in concrete. At the end of the afternoon, Nick Smart thanked all the participants and contributors, and so ended the first on-line CED meeting. He looked forward to holding the next CED working day meeting at the National Railway Museum next Spring, pandemic permitting! Copies of the presentations will be put in the members area of the ICorr web site, together, where possible, with recordings of the presentations that were given.

Paul McIntyre Award
The winner of this year’s Paul McIntyre Award is Carmen Andrade. The announcement was made during the on-line CED meeting on 29 April, at which she also gave a short presentation.
Until her retirement, Dr Carmen Andrade was a Research Professor at the Institute of Construction Sciences “Eduardo Torroja” of the Spanish National Research Council (CSIC), working in the field of concrete durability and reinforcement corrosion. At present she is visiting Research Professor at the International Centre for Numerical Methods in Engineering (CIMNE). She is the author of numerous papers, has been editor of several books, and has supervised around 30 PhD theses. She has received several awards, including the R. N. Whitney Prize 2013 by NACE, Robert L’Hermite Medal 1987 from RILEM, “Manuel Rocha” of the Presidency of Portugal, and the “ALCONPAT Prize” in recognition her distinguished career. She is an honorary doctor of the University of Trondheim (Norway) and of the University Alicante (Spain). She has participated in several standardisation committees at National, European and International level and has been President of several international organisations related to her specialty (UEAtc, RILEM, WFTAO and the Liaison Committee which brings together the Associations: CIB, FIB, IABSE, IASS, RILEM and ECCE). At present she is also the President of ALCONPAT, the Latin American Association of Control of Quality, Pathology and Recovery of Structures. She has been General Director of Technology Policy of the Ministry of Education and Science, and advisor to the Secretary of State for Universities in the Ministry of Science and Innovation, Spain.