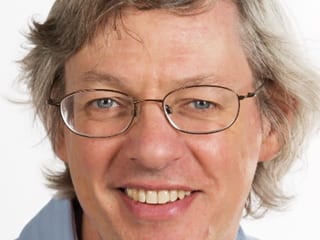 Stuart Lyon, ICorr President between 2005 and 2007, and who continued afterwards as CEO of CORREX Ltd until 2012, has been awarded the European Corrosion Medal for 2020. This is the most prestigious honour of the European Federation of Corrosion (EFC) and recognises: “achievements by a scientist, or group of scientists, in the application of corrosion science in the widest sense”.

In a 35-year career at Manchester, Stuart has published over 200 papers, supervised over 60 PhD/MPhil research students and over 80 MSc and Undergraduate project students. He is a regular attendee of, and presenter at, EuroCorr, an organiser of EFC events (especially EuroCorr 2008 in Edinburgh) and active participant in EFC Working Parties – notably: WP4 (Nuclear Corrosion); WP6 (Surface Science & Mechanisms of Corrosion Protection); WP7 (Corrosion Education); WP8 (Physico-chemical Methods of Corrosion Testing); WP14 (Coatings). Since 2006 he has been  Editor-in-Chief of “Corrosion Science Engineering and Technology” an IoM3/EFC journal.

Over his career, he has worked with the energy sector (nuclear core materials, radwaste containers, and hydrocarbon applications in upstream and downstream) and helped to set up research partnerships at Manchester with the UK nuclear industry (the Materials Performance Centre – MPC), BP (the International Centre for Advanced Materials – ICAM), EdF Energy, and Airbus. Since 2012, he has led a strategic research partnership for AkzoNobel’s global corrosion protective coatings business applying innovative analytical and microscopy techniques to the study of paints and paint performance.

Stuart, who is AkzoNobel Professor of Corrosion Control at the University of Manchester, was recognised by the EFC Award Jury for his: “wide contribution and significant research particularly in the fields of atmospheric corrosion, corrosion protection by organic coatings as well as corrosion inhibition using emerging and novel analytical techniques for advancing the fundamental understanding of corrosion mechanisms. He is widely recognised as a corrosion scientist with an international scientific reputation at an academic level who, at the same time, has made a strong impact on industrial applications in corrosion and corrosion protection”.

Previous winners from the UK include Graham Wood (who established Manchester as a world-wide centre of excellence in corrosion research) in 1999 and Redvers Parkins in 1996. Graham and Redvers were also Past-Presidents of the Institution of Corrosion Science and Technology, the predecessor body of ICorr.

The presentation of the EFC Corrosion Medal Award Ceremony will be held in conjunction with the EUROCORR 2020 meeting, and will be followed by an acceptance address by Stuart.