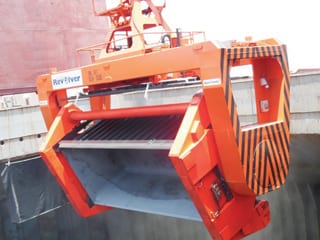 Hempel has announced that in just eight years it has painted 20,000 mining containers for Intermodal Solutions Group (ISG). The milestone 20,000th coating was completed in January 2020, and during this eight-year partnership more than 1.5 million litres of paint has been used to protect the containers against the highly abrasive and corrosive materials they carry, as well as the external environment.

ISG’s patented maritime and mining containers are unique, with a patented tippler operating system that rotates and tips the container to empty out the material being carried. This means they generally only need to be loaded and unloaded once to transport copper/nickel concentrate, iron ore, minerals, and other commodities from source to ship. Previously, material was loaded and unloaded several times during transit to the final destination.