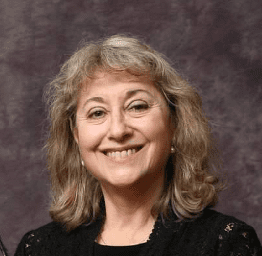 The winner of this year’s Paul McIntyre Award is Carmen Andrade.  The announcement was made during the on-line CED meeting on 29 April, at which she also gave a short presentation.

Until her retirement, Dr Carmen Andrade was a Research Professor at the Institute of Construction Sciences “Eduardo Torroja” of the Spanish National Research Council (CSIC), working in the field of concrete durability and reinforcement corrosion. At present she is visiting Research Professor at the International Centre for Numerical Methods in Engineering (CIMNE). She is the author of numerous papers, has been editor of several books, and has supervised around 30 PhD theses. She has received several awards, including the R. N. Whitney Prize 2013 by NACE, Robert L’Hermite Medal 1987 from RILEM, “Manuel Rocha” of the Presidency of Portugal, and the “ALCONPAT Prize” in recognition her distinguished career. She is an honorary doctor of the University of Trondheim (Norway) and of the University Alicante (Spain).  She has participated in several standardisation committees at National, European and International level and has been President of several international organisations related to her specialty (UEAtc, RILEM, WFTAO and the Liaison Committee which brings together the Associations: CIB, FIB, IABSE, IASS, RILEM and ECCE).  At present she is also the President of ALCONPAT, the Latin American Association of Control of Quality, Pathology and Recovery of Structures. She has been General Director of Technology Policy of the Ministry of Education and Science, and advisor to the Secretary of State for Universities in the Ministry of Science and Innovation, Spain.