Review of the Institute Development Plans

The Institute started to implement its bold new development plans in January 2018.

The aims were in essence simple, and based on the growth of two of its three revenue streams, Membership and Training.

Over the past 12 month period we have made great progress with a renewed relationship with IMechE ARL leading to the ability to market ICorr training programmes globally through the IMechE network.

Chris Kirby the General Manager of IMechE ARL said “we are delighted with the new arrangement and the ability to link our Corrosion and NDT training through approved training centres in key locations to meet our global customer’s needs. Our current focus is North Asia, SE Asia, Middle East and CIS countries with other options being considered”.

The Institute has people in place to review and rewrite all of the training programmes, and IMechE have employed a new team to market and deliver the courses.

The potential is huge with expected growth in the UK through Highways, Rail and Nuclear sectors, and overseas with developments on the NW Shelf of Australia, China, SEA, ME, CIS and Russia.
In terms of membership development, the main drive has been to recruit and retain younger members. The Young ICorr initiative has been invigorated initially by the work done by Chris Bridge and more recently by Simon Bowcock , who is in the process of enlisting more help as the workload to reach out to Young ICorr members at all levels is time consuming and demanding.

Simon and his team are also driving the Route to Chartered Status, and supporting the Young Engineer programme which has just finished its second round.

We also have a policy to support members though all states of their professional development from apprenticeship to chartered status. The addition of the Industrial Coating Applicator Apprenticeship scheme completes this strategy to deliver training and mentoring programmes. 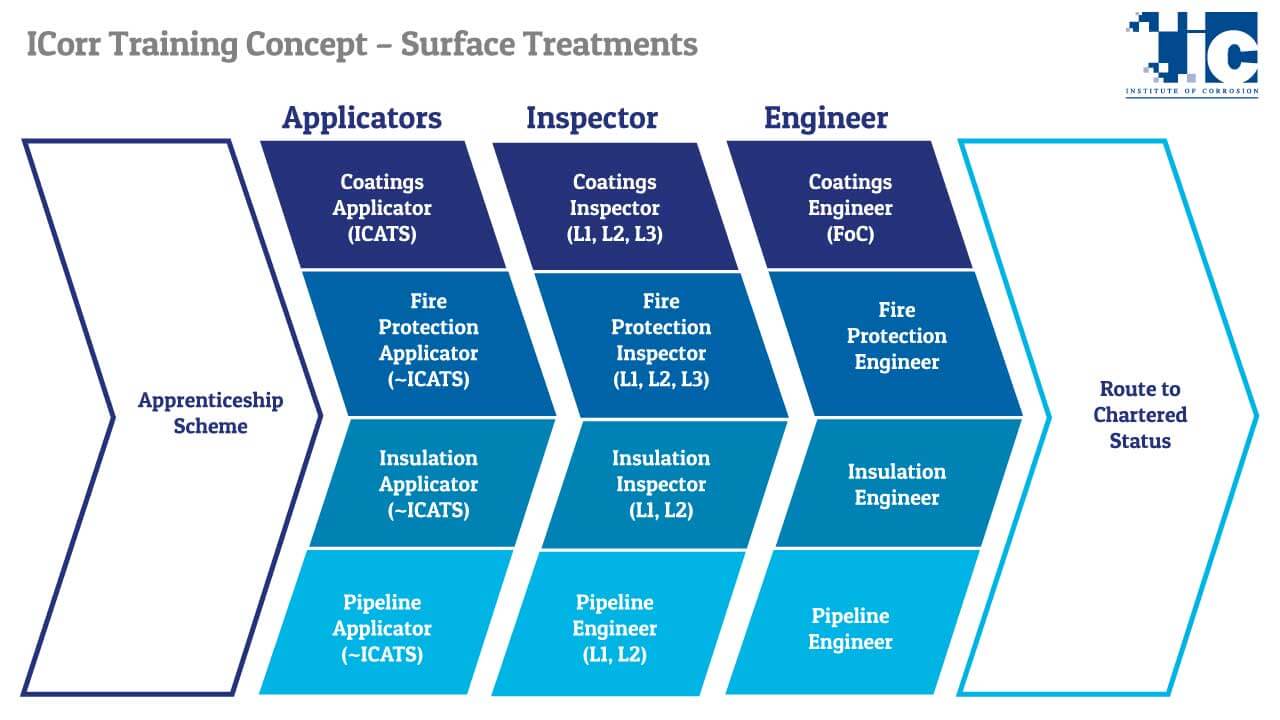