PFPNet is the Industry body for Hydrocarbon Fire Protection in a similar way that ASFP is for Cellulosic FP.

Their customer base is the Owner / Operators and Engineering community and its run in essence by John Dunk and Simon Thurlbeck.

Their annual conference will have most of the Owners / operators and most of the Engineering houses along with some of the larger application community.

ICorr has a collaboration with PFPNet to re-write all of the Fire Training programme from applicator, inspector to engineer.

Please click link below for details of the conference

The Annual General Meeting is on:

You are welcome to bring partners, friends and colleagues, whether they are The Institute of Corrosion members or not to the golf day, buffet and Annual General Meeting.  Teams of golfers are also welcome.

The competition is Stableford – Full Handicap.  A series of tee times have been booked for groups of 4 people from 1:00 pm on wards.

The cost for the golf  £25.25 per round and is payable on the day, It includes coffee and a bacon roll on arrival.

There will be a buffet available at a cost of £10 per person, which is available to both golfers and non-golfers. The buffet will be available from 5:30 pm

The committee nominations are:

To enable planning of the Annual General Meeting, golf and buffet, registration is accepted to be made before Wednesday 5th June 2019.

Brenda Peters at : +441706 871700 or alternatively email to brenda.peters@analysis-scientific.co.uk 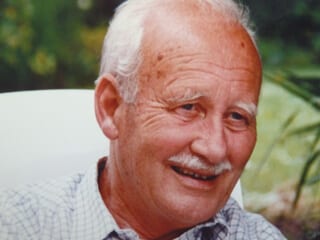 So many times we have heard the expression, ‘He was a Gentleman and a Scholar’, and that was exactly what Gordon Currer was.

A kindly man, very mild mannered, and thorough to the extreme, in his duties as a dedicated technologist, and always keen to pass on knowledge and learning (with patience) to those students that had an aptitude to learn the mysterious art of Cathodic Protection.

He published many papers and gave countless lectures and presentations; both throughout the UK and the rest of the world. With a career spanning over fifty years he once listed all the countries he had visited purely for business purposes – the tally was an impressive thirty seven.

Like many in the enigmatic world of Cathodic Protection he entered it by accident, joining MAPEL. During his pioneering days lot of the CP testing techniques (that are practised today) were trialled and refined by him and his colleagues of that time. It was refreshing to hear some of his humorous memories, which revealed that he too, in all his reverence, went through quite difficult practical learning curves as they built up procedures and routines that now form part of the CP standards of today.

After having worked for many years with MAPEL and as a senior team member, he played a great part in building the Company up to become one of the most respected in the NDT/CP industry. An extremely loyal team of stalwarts was the result of his leadership. There were no bosses unless the chips were down and a serious problem needed attendance and then Gordon would deal with the issue with clarity and a quiet firmness respected and appreciated by all.

With the close co-operation MAPEL had built up with British Gas, Gordon moved across, with some selected engineers, to the Gas Council offices in Hinckley. They helped form the corrosion division responsible for the production and implementation of Cathodic Protection systems for all the major high pressure gas feeder mains throughout the UK. Gordon stayed with British Gas for over 13 years before returning to MAPEL as their Chief Engineering Manager. Even now, crews working in the East Midlands have reported back that they are referring to drawings, drawn from the archives signed by GWC.

His true values and courage came to the fore at MAPEL when let down by two senior engineers he took on recovering a very serious project on the Kori Nuclear Power station in South Korea. He worked in the most arduous conditions without complaint; completing the venture for GEC spanning 1978/79. In 1987/88 his time was focussed on a feasibility study for Mobil Oil based around the Yanbu Oil Refinery on the Red Sea coast of Saudi Arabia, and in 1990 he developed a design for the Adnoc Oil Refinery in Abu Dhabi, then in 1993 as a retained consultant for MAPEL, he travelled a circuitous route into Libya to work on the Great Man Made River project for Brown and Root and the Turkish company STFA.

These are just snippets of the countless large projects he was involved with over the years, and on retirement he still maintained the interest and took on some private consultancy work representing the writer on a project in Trinidad and Barbados.

The memories of his work and travels remain on the sideboard at his home in Frisby–on-the-Wreake, enjoyed by his devoted wife Sheila, two daughters Jill and Deborah and their son Tim.
Rest in Peace Gordon… an Icon of your era.

Editor’s note: A more detailed description of Gordon’s life and career can be found on the Institute website at, newbrandicorr.uk.w3pcloud.com/respected-and-fond-memories-of-gordon-w-currer-c-eng-miee-micorrst-cathodic-protection-engineer-june-1927-november-2018/ g/ 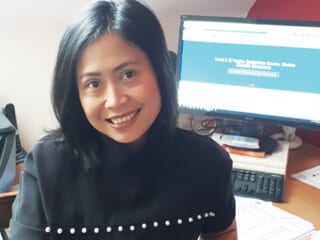 Imma has been working for the Institute for just over a year, maintaining and updating the website. Her background is in sales and marketing in the Protective Coating Industry and she has worked for over 10 years for International Paint in the Far East, and gained an excellent understanding of detailed specification work.

In her work for ICorr she initially carried out a benchmark study of all the other UK Professional Institutes’ websites to establish how ours performs in comparison, and what needed to be done to increase traffic. She has implemented a new look, and has reviewed every page and document on the website. This is a continuous process with news and updates from all sectors of the Institute being posted on a weekly basis.

The first phase of the revamp has increased traffic through the site and the plan through 2019 is to continue to review it and update its content to attract even more traffic.
We look forward to your continued support in sending news and other reports so that the website is a more valuable tool, and a showcase for the Institute. These should be sent to Imma (imma.mobbs@c-i-m.co.uk).

For over 20 years ICorr has been providing training courses and competence assessment for Cathodic Protection Technicians. The early course, only for Buried applications, (buried onshore pipelines and tanks), was written for ICorr by John Thirkettle, and for may years presented by him and Chris Lynch through ICorr’s training partner, Argyll Ruane. During this time British Gas, later National Grid, offered parallel training in courses developed by John O’Shea (Past ICorr President) and John Dyson.

In 2006, BS EN 15257, in which ICorr participated in the preparation, provided a standardised framework and levels of competence for CP personnel throughout Europe, bringing together the strengths of disparate national schemes in UK, France and Italy. This Standard defined the competence requirements for CP Technician, Senior Technician and Design Engineer levels in the Buried, Marine, Steel in Concrete and Internal application sectors. At the time of its implementation ICorr significantly improved the “Buried sector” courses and, in conjunction with the Corrosion Prevention Association (CPA), developed the Steel in Concrete courses. In 2015 ICorr also introduced courses in Marine CP.

In 2017, the International Standard, BS EN ISO 15257 ‘Cathodic protection – Competence levels of cathodic protection persons – Basis for certification scheme’ was published. This Standard established equivalence between CP Competence Certification worldwide, including the transitional equivalence between the many European schemes complying with EN 15257, the Australian scheme and the NACE scheme from the USA.

This new ISO Standard established international requirements for Training, Examination, Experience Assessment and Competence Certification for FIVE levels of competence in the same four Sectors as the EN 15257.

Since the publication of the new Standard, ICorr has been working to both restructure its procedures and courses to meet these new internationally recognised requirements, and also to further improve the quality and professionalism of the ICorr CP courses and their delivery. These improvements are now being rolled out initially in the UK, but then, through the international partnership with IMechE, overseas. The major changes to the ICorr CP Training and Certification Scheme are summarised below:

Over the period of the next few months all ICorr Certificated CP Personnel with valid Certificates for EN Levels 1-3 will be issued with new Certification for ISO Levels 2-4 respectively, and the certificates will terminate (for re-Certification) at the same dates as the old EN certification.

Over the same period all the new courses will begin to be delivered and ICorr have now approved 12 tutors to deliver them, all are highly experienced specialists in the Sector being taught, and have been selected for their ability to teach effectively at the particular Level in their Sectors.

We are pleased to announce that National Grid and some of the gas distribution companies have committed to all of their CP staff and those of their contractors being trained and Certificated by ICorr. 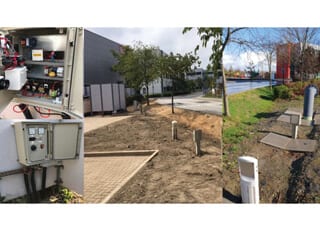 In order to further improve the quality of the courses, ICorr have:
• In conjunction with IMechE Argyll Ruane, our training partner, established a Buried pipeline training and testing facility at the IMechE Training and Examination Centre at Sheffield. This includes galvanic and impressed CP systems, a range of coupon and reference electrode options, coating defects and an interference source.
• Determined that all Marine CP courses will be undertaken with practical training on real CP systems, and real corroding assets in real marine environments. This has already started with two courses having been held on the River Clyde in Glasgow. The courses were held at the Riverside Museum and site work included the “Tall Ship” Glenlee moored alongside (which is also shown on the cover of this issue). Seaforce Glasgow provided logistic support, and Swain Meter Co, Cygnus Instruments Ltd and Buckleys (URVAL) Ltd supplied the instruments. Other locations have also been used and more are planned.

n In conjunction with the CPA and IMechE, will soon have an equivalent Steel in Concrete training and testing facility to the Buried facility, at Sheffield. 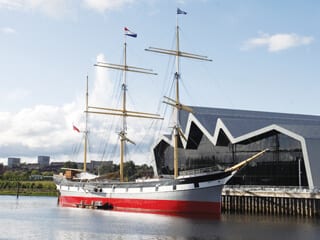