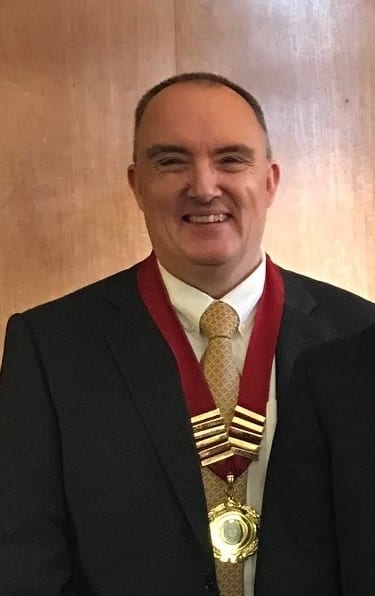 Each month, we plan to introduce you to a corrosion specialist from the membership of the Institute of Corrosion. This month we spoke to Bill Hedges, Chief Engineer, Materials & Integrity Management, BP. Bill is the current Vice President of the Corrosion Institute, and in November 2020 will become President for a two-year term.  Bill has been married to Joanna for 32 years and has two daughters.

We asked him about his professional life, career advice he would give to a younger corrosion specialist, and took a peep into his private life.

Here’s the 11 questions we posed in the 11 minutes we took of Bill’s valuable time.

As a child in the 1960s and 70s, the world was dominated by the Space Race. Like many boys of that era, my ambition was to become an astronaut and travel to different galaxies.

When dressed in my astronaut suit (seriously, most boys my age had one), I developed an interest in science, and particularly chemistry. I had a chemistry set and was constantly experimenting – leaving scorch marks on the coffee table from an early magnesium burning adventure.

My love for chemistry was cultivated further by wonderful teachers at school. That passion led me to Southampton University, where I discovered electrochemistry. Encouraged by the exceptional Professor Derek Pletcher (who remains a good friend), I studied rechargeable lithium batteries for my PhD. I was fascinated, and realised that a battery is simply a controlled corrosion reaction. I suppose I ought to apologise to battery chemists at this point!

After a year at Oxford as a post-doctoral student, I started my first job at a company called Metal Box as a Corrosion Scientist. Perhaps not one giant leap from astronaut to corrosion science, but certainly many small steps.

It was tremendous fun. My job was to study the effects of a range of substances on tin and aluminium cans. I would experiment with beer, wine, household cleaners, food products, and many more. It was almost like being back at home on that coffee table!

I learned a huge amount about corrosion testing methods at Metal Box, and that is really where my lifelong passion in corrosion really embedded itself.

I then moved to Exxon Chemical (later known as Nalco Exxon, and now as Nalco) as a corrosion scientist in their oilfield chemistry group. This was where my career started to blur between corrosion science and corrosion engineering.

4.      You decided to stick with oil and gas. How did your career progress?

Eventually, I joined BP as a corrosion engineer in 1997. The team I joined was led by Don Harrop (who was President of the Institute of Corrosion from 1994 to 1996). He became my mentor and a good friend.

I started at BP running the corrosion laboratory, where we worked to gain a greater understanding of the role of acetate ions on CO2 corrosion rates. We also developed a CO2 corrosion rate prediction model known as Cassandra, which we provided to the industry.

Around three years into my career with BP, I moved to Trinidad and Tobago as a corrosion engineer and was promoted to Integrity Manager. After five years in the tropics, I was offered the opportunity to relocate to Alaska. It was here that I directly experienced the effects of a devastating corrosion leak. Living and working through this incident and its impact, whilst dealing with lawyers, consultants, politicians, regulators and the media was life changing and, in the end, very rewarding.

I returned to the UK in 2012 to become the Corrosion Authority for BP’s upstream business. Then, in 2018, I was promoted to Chief Engineer for the Materials & Integrity Group – comprising of Corrosion, Materials, Welding, Inspection, Production Chemistry, Pipelines, Risers, and Subsea teams.

5.      What have you enjoyed most about your career in corrosion?

Now this is a hard question. There is so much for which I’m grateful, including, of course, all the wonderful people I have met and had the pleasure to work with and learn from.

However, I think that I would have to say the amount of travel I have been able to do, and the different places and cultures I have been able to experience. It may not be journey to the moon, but from the heat of the tropics to the icy tundra of Alaska is quite something, nevertheless. I’m not sure there is another career (unless you happen to be Sir David Attenborough) that could provide such diversity.

6.      What career advice would you give to a young corrosion specialist?

First, if someone ever offers to pay you to work as a corrosion specialist on a Caribbean island, don’t hesitate to take the opportunity!

Second, I’ve been lucky in my career, but that luck took a lot of hard work. I was rejected for numerous roles, and the frustration is real. Don’t let rejection get you down. If you are passionate about what you do but cannot seem to find the right career path, stick at it. Work hard, persevere, and look for alternative pathways. In my experience, opportunities usually appear – although not always at the most convenient time!

Third, never stop learning. You’ll have fun in a rewarding career in which you are responsible for keeping people and the environment safe. Corrosion isn’t simple – it’s a complicated, multi-disciplinary subject where it’s rare for one person to have all the answers, which means teamwork is essential.

7.      What is in store for corrosion professionals?

Well, I don’t have a crystal ball, but I do think the future will be exciting. We’re going to see more automation in the industry, and this should help to reduce risk to people.

There will be more openings for data analytics and artificial intelligence within the field of corrosion, and those who are prepared to continue to learn and adapt will be rewarded with long and exciting careers.

Finally, we’ll continue to develop materials, striving to produce non-corrosive, lightweight materials that can be used wherever appropriate.

8.      What have you gained from your membership of ICorr?

Clearly training and the ability to demonstrate my professionalism through obtaining my Fellowship and Chartership have been great. But I would say the most important benefit has been the networking. Membership improved my ability to have a range of professional colleagues that I can talk to about technical issues and the best ways to tackle them. I’ve been fortunate to be able to attend many of the London branch monthly meetings to hear some excellent talks and discussions and meet some great people. 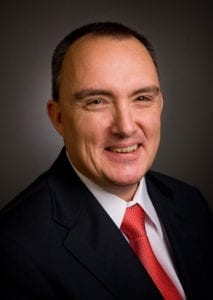 Let’s get personal with the corrosion professional!

We know that corrosion scientists aren’t all work and no play, so we asked Bill three final questions to learn a little more about him personally.

Eating is one of my favourite things. I like all food – except melted cheddar! I particularly love spicy food of all types but would have to say my favourite single thing is Joanna’s Tiramisu – closely followed by her Hazelnut Pavlova.

10. What do you like doing most outside of your professional life?

Family and church are very important to me. Joanna and I love walking and visiting new places. For personal relaxation I listen to a lot of music – mostly guitar-oriented rock and I’m still learning to play guitar.

11. Tell us a secret about yourself, something that might surprise fellow members (and something we can print!)

I was born in Glasgow, Scotland – but I only lived there for three months before moving to Sidcup in Kent/South East London where I grew up. I’ve always loved visiting Scotland.

What do you want to ask a corrosion specialist?

Who would have thought it? Guitar-playing Bill loves spicy food, but is most in love with Joanna’s homemade Tiramisu and Hazelnut Pavlova.

He has certainly had an interesting and varied career, and has plenty to offer to the Institute of Corrosion when he takes up the mantle of presidency.

Now, over to you. Let us know what you’d like us to ask the next ICorr member we put in the hotseat for 11 questions in 11 minutes. Send us an email, and we’ll try to include your question.