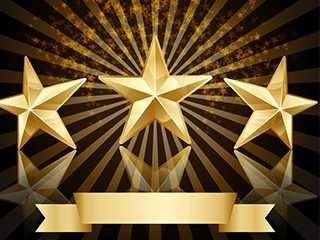 Dr Richard Barker, FiCorr, is the latest in a line of notable Corrosion Scientists to receive the prestigious Kurt Schwabe Award on behalf of the European Federation of Corrosion Committee.

The Kurt Schwabe Prize, established in 2000, honours the late Professor Kurt Schwabe and was initiated by the Hungarian Corrosion Society with support from the ‘Kurt Schwabe Foundation’. Presented once every 3 years, the award, consisting of a certificate and 500 Euros, recognises the scientific and technical contribution of young scientists below the age of 35 in the field of corrosion science. The last UK recipient of the award prior to Dr Barker was Professor Mary Ryan of Imperial College in 2003.

This year, the ICorr committee nominated Dr Barker based on his significant contribution and demonstrable impact, predominantly in the oil and gas industry. Dr Barker is an Associate Professor in Corrosion Science and Engineering in the Institute of Functional Surfaces at the University of Leeds. His research interests lie in the areas of electrochemistry, corrosion science and corrosion engineering, particularly in the context of asset integrity and flow assurance in the energy and low carbon abatement sectors. His expertise encompasses numerical modelling, unique/custom system design for the observation of corrosion phenomena, development of in-situ methods for real-time interface characterisation during corrosion processes, and understanding corrosion behaviour in extreme environments (high temperature/pressure, strong acids and toxic gases).

Dr Barker received the award at the opening ceremony of the Eurocorr conference on the 20th September and delivered a plenary talk on the opening day.